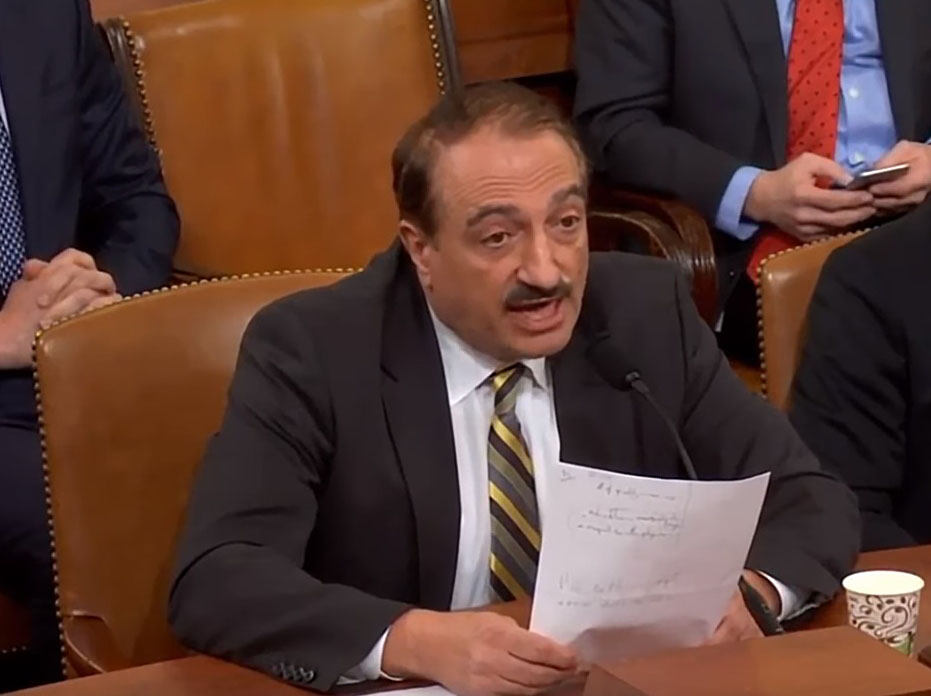 Dr. Ramsin Benyamin testified on behalf of ASIPP before the Committee on Ways and Means, Subcommittee on Health on Tuesday, February 6, 2018 at 3:00 PM in 1100 Longworth House Office Building.

The Following is an Excerpt from Dr. Benyamin’s Testimony:

Drug overdoses accounted for 64,000 deaths in 2016, with over 42,000 of opioid deaths, a 20% increase from 2015 from over 52,000. Increases are greatest for overdoses related to the category including illicitly manufactured fentanyl, which more than doubled, accounting for more than 20,000 overdose deaths in 2016 versus less than 10,000 deaths in 2015. This difference is enough to account for nearly all increases in drug overdose deaths from 2015 to 2016.1,2 Consequently, while fentanyl contributed to 20,000 deaths, heroin contributed to 15,000 deaths, whereas prescription drugs contributed to less than 15,000 deaths (Figs. 1-3).3,4 Deaths due to heroin were up nearly 20% and deaths from other opioids such as hydrocodone and oxycodone were up 14%. Deaths due to methadone declined; however, they still constitute an extremely high percentage with over 3,000 deaths, which is only 1% of prescriptions. As we all realize, things might very well be worse than what is shown in the data.

2 US Centers for Disease Control and Prevention. Provisional counts of drug overdose deaths as of August 6, 2017. 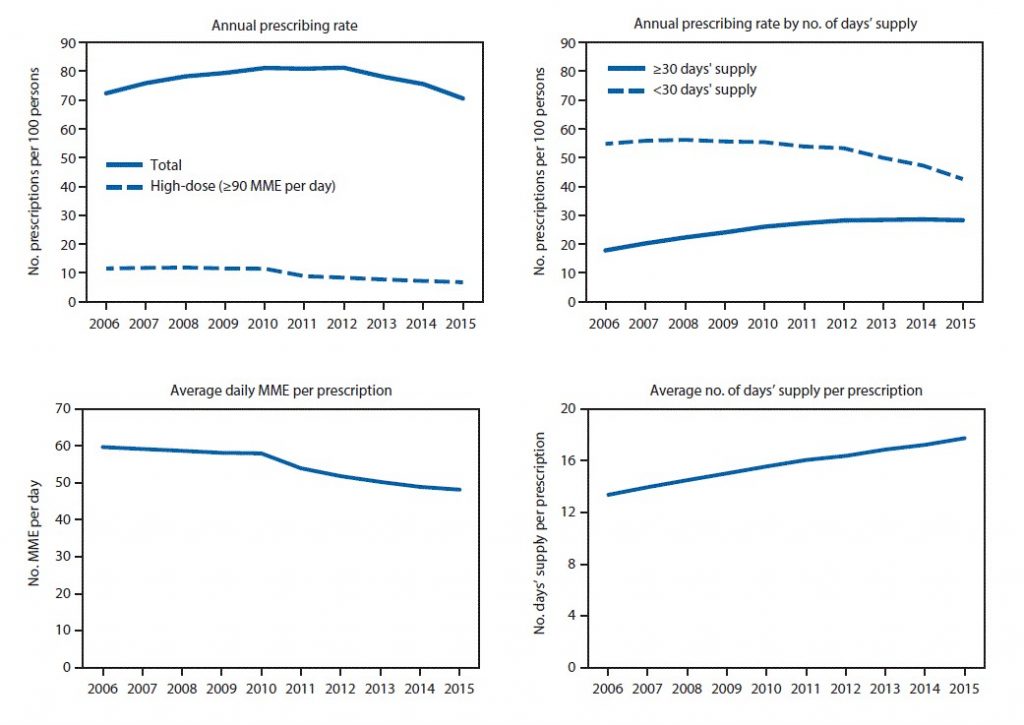 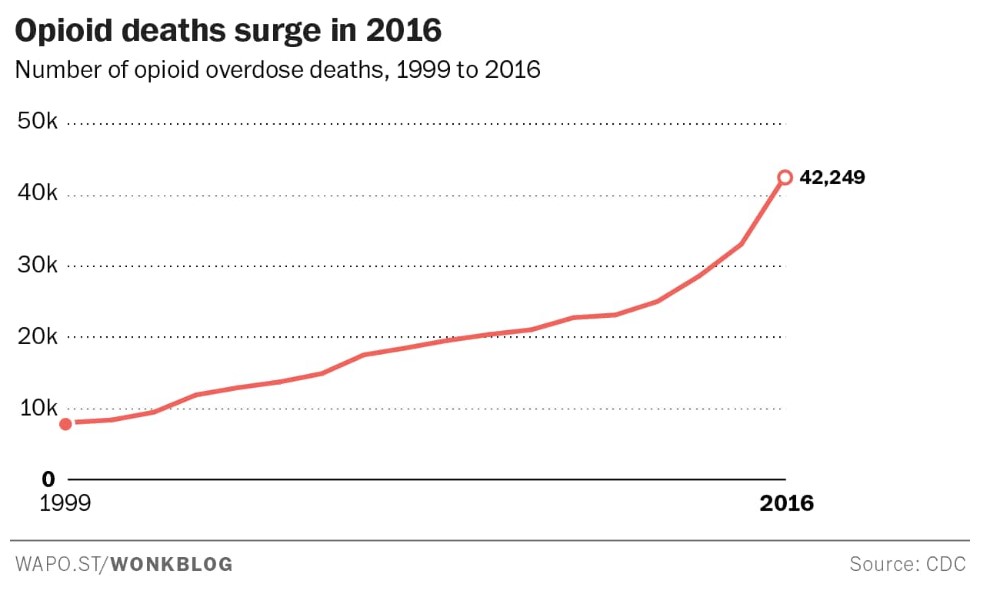 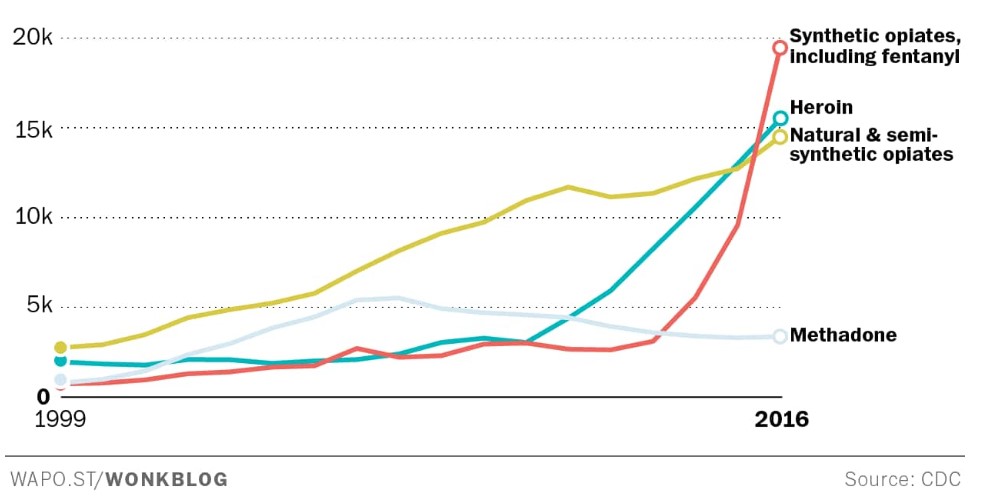